Onam is a Traditional Malayali Festival celebrated by the people of Kerala, India. The festival commemorates the Vamana avatar of Vishnu and the subsequent homecoming of the legendary Emperor Mahabali. It is the state festival of Kerala and falls during the month of Chingam (August–September) and lasts for ten days. The festival is marked by various festivities, including intricate flower carpets, elaborate banquet lunches, snake boat races, Puli Kali, Kaikottikkali etc.

Pookalam: A flower carpet called 'Pookalam' is laid in front of every house to welcome the advent of the vanquished king, and earthen mounds representing Mahabali and Vishnu are placed in the dung-plastered courtyards. 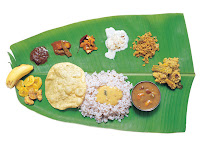 A long long time ago, an Asura (demon) king called Mahabali ruled Kerala. He was a wise, benevolent and judicious ruler and beloved of his subjects. Soon his fame as an able king began to spread far and wide, but when he extended his rule to the heavens and the netherworld, the gods felt challenged and began to fear his growing powers. Presuming that he might become over-powerful, Aditi, the mother of Devas pleaded with Lord Vishnu to curtail Mahabali's powers. Vishnu transformed himself into a dwarf called Vamana and approached Mahabali while he was performing a yajna and asked for alms. Pleased with the dwarf brahmin's wisdom, Mahabali granted him a wish. The Emperor's preceptor, Sukracharya warned him against making the gift, for he realized that the seeker was no ordinary person. But the Emperor's kingly ego was boosted to think that God had asked him for a favor. So he firmly declared that there is no greater sin than going back on one's promise. He kept his word. 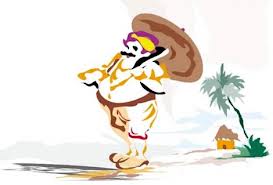 The Vamana asked for a simple gift — three paces of land — and the king agreed to it. Vishnu in the guise of Vamana then increased his stature and with the first step covered the sky, blotting out the stars, and with the second, straddled the netherworld. Realizing that Vamana's third step will destroy the earth, Mahabali offered his head as the last step. Vishnu's fatal third step pushed him to the netherworld, but before banishing him to the underworld Vishnu granted him a boon. Since he was attached to his kingdom and his people, he was allowed to return once a year from exile. Onam is the celebration that marks the homecoming of King Mahabali. It is the day when a grateful Kerala pays a glorious tribute to the memory of this benign king who gave his all for his subjects.

Kathakali: iIt is one of the oldest theatre forms in the world. Kathakali is a group presentation in which dancers take various roles in performances traditionally based on themes from Hindu mythology, especially the two epics, the Ramayana and the Mahabharatha. 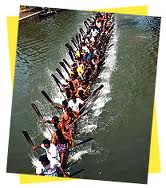 Boat Ride: One of the main attractions of Onam, is the 'Vallamkali' or boat races of Karuvatta, Payippad, Aranmula and Kottayam. Hundreds of oarsmen row traditional boats to the rhythm of drums and cymbals. These long graceful Snake Boats called 'Chundans' are named after their exceedingly long hulls and high sterns that resemble the raised hood of a cobra.

Eid-ul-Fitr, "Eid-ul-fitr", Eid al-Fitr, Id-ul-Fitr, or Id al-Fitr (Arabic: ‎عيد الفطر ‘Īdu l-Fiṭr), often abbreviated to Eid, is a Muslim holiday that marks the end of Ramadan, the Islamic holy month of fasting (sawm). The religious Eid is a single day (a Muslim is not permitted to fast that day), but it is usually celebrated for 3 days. Eid is an Arabic word meaning "festivity", while Fiṭr means "breaking the fast". The holiday celebrates the conclusion of the 29 or 30 days of dawn-to-sunset fasting during the entire month of Ramadan. The first day of Eid, therefore, falls on the first day of the month Shawwal. This is a day where Muslims around the world try to show a common goal of unity.

Eid al-Fitr has a particular salat (Islamic prayer) consisting of two raka'ah (units) and generally offered in an open field or large hall.[1] It may only be performed in congregation (Jama’at) and has an additional extra six Takbirs (raising of the hands to the ears while saying "Allahu Akbar" [God is Great]), three of them in the beginning of the first raka'ah and three of them just before ruku' in the second raka'ah in the Hanafi school.[2] This Eid al-Fitr salat is, depending on which juristic opinion is followed, Fard (obligatory), Mustahabb (strongly recommended, just short of obligatory) or mandoob (preferable).

Muslims believe that they are commanded by God, as mentioned in the Qur'an, to continue their fast until the last day of Ramadan[3] and pay the Zakat and fitra before doing the Eid prayer. 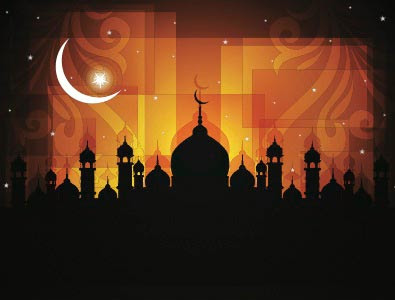 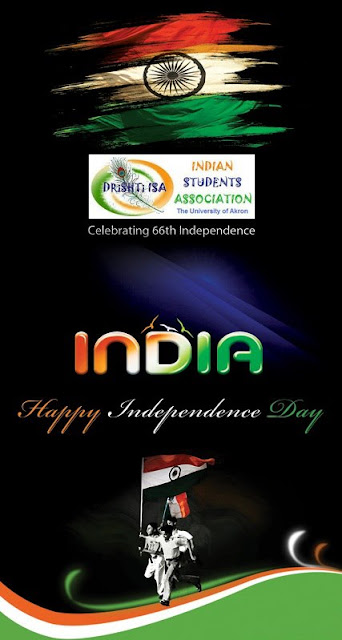 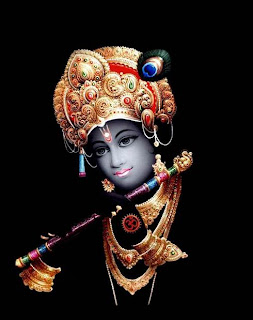 Krishna Janmashtami is Lord Krishna's Birth day. It is also known as Krishnashtami, Saatam Aatham, Gokulashtami, Ashtami Rohini, Srikrishna Jayanti, Sree Jayanti or sometimes merely as Janmashtami, is a Hindu festival celebrating the birth of Krishna, an avatar of the god Vishnu. Lord Krishna is the eight son of Devaki and Vasudeva.

Mathura was led by Kansa a wicked king. He had a sister Devaki, who was married to Vasudeva. It was predicted that Sri Krishna would be born to Devaki and would kill the wicked king Kansa. This enraged Kansa and he had all the male child of Devaki killed, after imprisoning Devaki and Vasudeva. But since the eight avatar of Lord Vishnu was bound to kill Kansa, Sri Krishna was born in midnight. All the other children born to Devaki, except Krishna were killed.

Vasudeva managed to save the child from the cruel clutches of Kansa and he exchanged child Sri Krishna with female child of Yashoda. Krishna lived in Gokul during his infancy till the age of eleven years to hide himself from the clutches of his maternal uncle, Kansa. Finally, Sri Krishna kills Kansa. Jai Shri Krishna! 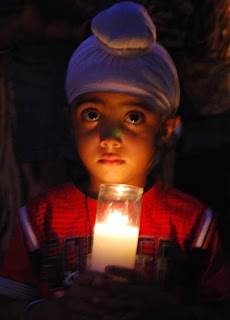 Our heartfelt prayers are with the victims and their families of the Gurudwara shooting episode at Wisconsin. We also salute the heroic Satwant Singh Kaleka the 65 year old temple President and the police officers who risked their lives to protect the community.

The Raksha Bandhan festival symbolizing the sister's love and prayers for her brother's well-being, and the brother's lifelong vow to protect her is being observed throughout India with the tying of sacred threads known as Rakhi.

In the Vedic period, on a 'Shravan Poornima' day (Full Moon Day of the Hindu month of Shravan), the deities and demons were fighting a battle against each other. Unfortunately the demons were in a stronger position, as compared to the deities. The king of the deities, Lord Indra, was very much worried about the result of the battle. His wife Indrani (also known as Shashikala) could not see him worried and prayed to the almighty to help her husband. Indrani was a religious lady, so she prepared a talisman with her religious power and tied it around Indra's right wrist.


Indrani believed that her talisman will safeguard Indra from the attack of demons. Eventually, she proved right, as that day, the deities won the battle and Lord Indra escaped unhurt. As the talisman had the power of protecting the person who wore it, it came to be known as 'Raksha Sutra' and the ceremony of tying it was called 'Raksha Bandhan'. Since this particular act of tying the talisman took place on 'Shravan Poornima' day, it has become a tradition to celebrate 'Raksha Bandhan' on the 'Shravan Poornima' day every year. With time, the festival came to comprise of brother-sister duo, rather than husband-wife.

In the Western Region, the festival is known as Nariyal Purnima and as a ritual coconuts are thrown into the sea on this day. The festival marks the beginning of the fishing season.

In South India, this festival is called Avani Avittam. It is an important day for the Brahmins where they first take a holy bath and then change their holy thread (Janeyu) chanting the mantras. They take a vow to perform their duties as prescribed in the holy books and adopt a good conduct and dignity.

In North India, Rakhi Purnima is also called Kajri Purnima or Kajri Navami, when wheat or barley is sown. Goddess Bhagwati is worshiped and farmers seek her blessings for a good crop.

The great Nobel Laureate Rabindranath Tagore initiated the 'Rakhi Utsava' (Rakhi tying ceremony) in Shanti Niketan to maintain universal brotherhood long back in 1905 at the time of Bengal Partition. But the custom is continued till date by the students of the Shanti-Niketan.

After the ritual of tying Rakhi is over, the brothers would give their sisters some gift or money and promise them to help them whenever they need and protect them throughout their lifetime. In fact, offering gifts to sisters is a tradition of Raksha Bandhan. Year by year, the enthusiasm amongst the brothers and their sisters, to celebrate the festival, is increasing. It is clearly visible from the wide variety of Rakhi, Raksha Bandhan gifts and sweets flocking the shelves of the stores, during the holiday. The festival bears social significance, because it symbolizes the importance of relationship between siblings. 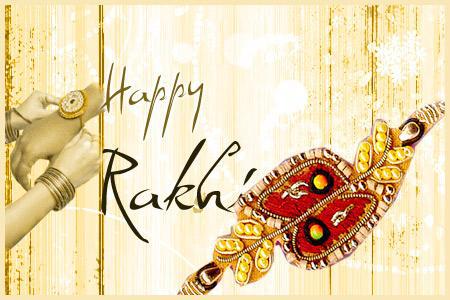 Welcome back to the Drishti blog spot!


We salute the work our seniors have done in the past for the ISA! We wish to continue the legacy of their work and wish to bring more innovation. We hope to set an example to the future generations and hope that they would continue building the bonds of culture and team work that we would lay for them. To make all this possible, we need the support and co-operation of every Indian on campus so that we can bring out the best. We hope that every student that is a part of the University would come forward to support us. We would also like to remind our alumni/seniors that they are always a part of the ISA no matter how far they move away from Akron and hope that they would continue to guide us.

The ladder to any success story cannot be laid without teamwork and we hope that every Indian would be instrumental in helping us execute every event.

Come back here to read more! We now officially announce the re-launch of the Drishti blog site :)

P.S. Please don't forget to remind all your friends to subscribe to this blog spot.

ISA DRISHTI
Akron, OHIO, United States
The purpose of this relationship is to foster, facilitate cultural exchange and strengthen international understanding at The University of Akron.